Earlier than Ohio State opens its Massive Ten schedule with Wisconsin on Saturday, Ryan Day took to the airwaves to debate the Buckeyes’ efficiency in opposition to Toledo and preview his staff’s matchup with the Badgers.

Listed below are some highlights from The Ryan Day Radio Present on 97.1 The Fan:

I type on Mitch Rossi’s landing

On younger and inexperienced gamers incomes reps in opposition to Toledo

About Sonny Stiles and the freshmen at Ohio State

On the strategies of the Ohio State Boy Scouts

On how coaches stability scout staff reps with ‘good to good’

On Wisconsin’s linebackers, the entrance seven

On the climate change in Columbus, colder situations for this weekend

When taking part in at night time

Which makes the Massive Ten schedule tougher than the non-conference

On how he manages his psychological well being throughout soccer season

2022 when including the primary turnover

On the protected room

On Sonny Kinds, the younger security in his unit 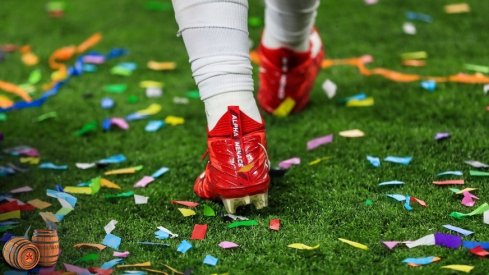